Showing posts from March, 2018
Show All

Return of The Mog 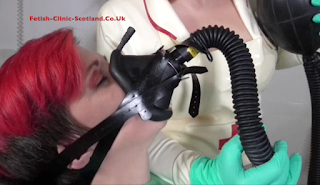 Snow may have buggered up my plans for the last week but I did manage to have a huge amount of fun with Mog before we had to cancel the rest of our joint sessions. First was a day of shooting very hot, up close and personal medical clips with Mog as my patient. As you can see from the pictures, the scenes were pretty full on and pretty intense. We certainly have a rather interesting dynamic going on and I think it shows in the clips and pictures we've done so far.  After that came sessions. I had no idea how much fun I was going to have, but having a new Dungeon Cat who has a wicked mind and sense of humour was way more interesting than I had first thought. The interaction of a 3rd person, especially one with such a kinky and devious mind makes for a rather defeated, abused but happy male sub. Having to cancel sessions was a big disappointment especially as we were just getting into the flow of fun. Having said that we have been looking at our diaries to try to resc
5 comments
Read more
More posts